Lori Putnam’s painting, “Safe Harbor,” 30×40, oil on linen (private collection) took the Grand Prize in Plein Air Magazine‘s 10th Annual Salon Competition. With approximately 7,000 entries over the course of 9 months, both this piece and “Headin’ Home” made it through various rounds to the top 25. The awards ceremony was broadcast live on Facebook with all of the finalists available via Zoom with Publisher Eric Rhoads and Editor Kelly Kane.

Because the finalists could not see the winning images as they were posted on facebook, it was not until the next morning when Lori realized that both paintings had been honored; “Safe Harbor” received the $15,000 Grand Prize and Magazine Cover, and “Headin’ Home”  took People’s Choice.

To view all of the top prize winners, watch the full-length award ceremony on Plein air Magazine‘s Facebook page. 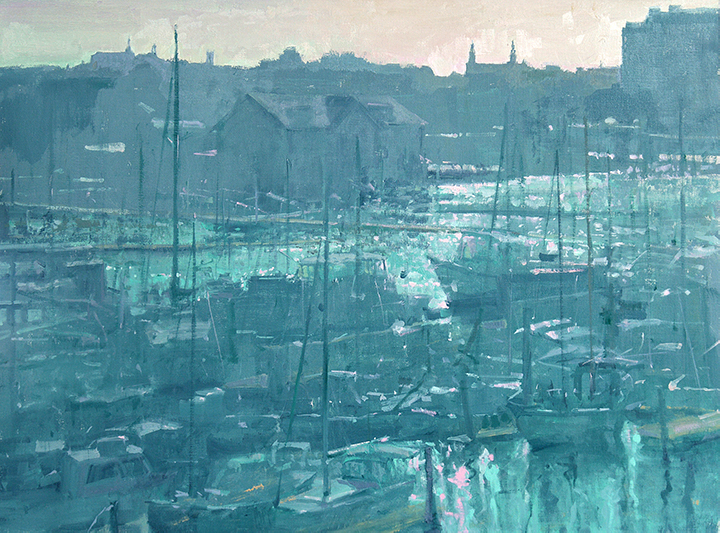 On behalf of the Andrew Jackson Foundation, it is my honor to provide these comments of endorsement of The Chestnut Group.  We have worked with TCG twice in recent years; both times have been successful, outstanding experiences.

The members – artists, volunteers and staff – are exceptionally talented in their individual roles and committed to producing high-quality plein air art that captures the essence of Middle Tennessee.

The scenes of Andrew Jackson’s Hermitage that the TCG artists have produced offer fresh and beguiling perspectives of this National Historic Landmark.

The Cumberland River Compact is so grateful to the painters for capturing and recording this beauty.  Their paintings help us communicate the importance of our work.  Their art shows are always a fun event that draw new as well as established art collectors.  We are grateful for the Chestnut Group!

The Chestnut Group has been a partner with us at Radnor Lake State Natural Area over the past 10+ years. I have and continue to be very grateful for their efforts on several fronts, including the donation of their time and talents to help us highlight the value of scenic places such as Radnor Lake, the plant life and wildlife that reside there and perhaps most importantly helping create a "sense of place" for millions of park visitors through their efforts. I look forward to working with the Chestnut Group and Friends of Radnor Lake this year as we close in on our fall 2017 event to continue that effort and look forward to working with them for many years to come